With Formula 1’s new owner pledging to take a different approach to how the calendar is formed for each season, classic grands prix have a stronger chance of featuring prominently.

F1’s focus in the Bernie Ecclestone era was to find race hosts that were prepared to pay the most money, but Liberty Media wants to retain a presence in key countries, and in some cases even bring popular races back.

With France and Germany already slated to return for 2018, and Portugal now in talks about hosting its first grand prix since 1996, Autosport asked our followers on social media to vote for their must-have races on the F1 calendar.

Why F1 has made a key U-turn on classic races

Fans were asked to pick five circuits currently in existence that they would want to see on their ideal F1 calendar, and in less than 24 hours we received hundreds of responses on Twitter and Facebook.

The votes were tallied up, and of the 98 circuits nominated, the top 20 form our fans’ ideal F1 calendar. Of the circuits on the 2017 schedule, only Russia’s Sochi track did not receive a single vote, but plenty of the current races didn’t make the final cut.

Here are the races that made the cut, in order of their popularity: 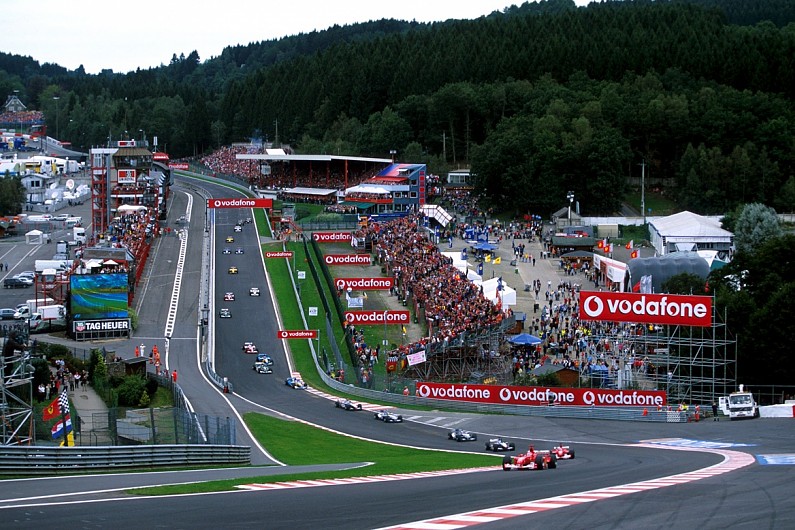 Spa is always a favourite with drivers and fans, and in our poll it received nearly twice as many votes as the next most popular circuit.

The classic Belgian event has occasionally come under threat in the 21st century, falling off the calendar in 2003 and ’06, but since returning for ’07 it has enjoyed an uninterrupted run, and this year’s race will be the 50th world championship grand prix to be held at the venue. 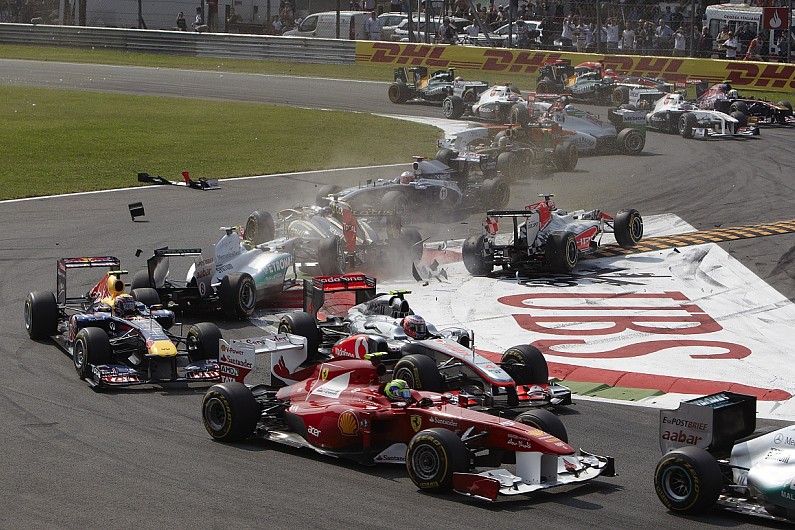 The home of the Italian Grand Prix has been on shaky ground in recent years, but late last year a new three-year deal was signed so the race looks safe until at least the end of 2019.

Monza is a vital part of F1’s history, featuring in every world championship season to date except 1980, when Imola hosted the Italian Grand Prix.

The circuit retains its original fast nature, although over the years the addition of chicanes have kept speeds under control at what is still one of the quickest circuits on the calendar. 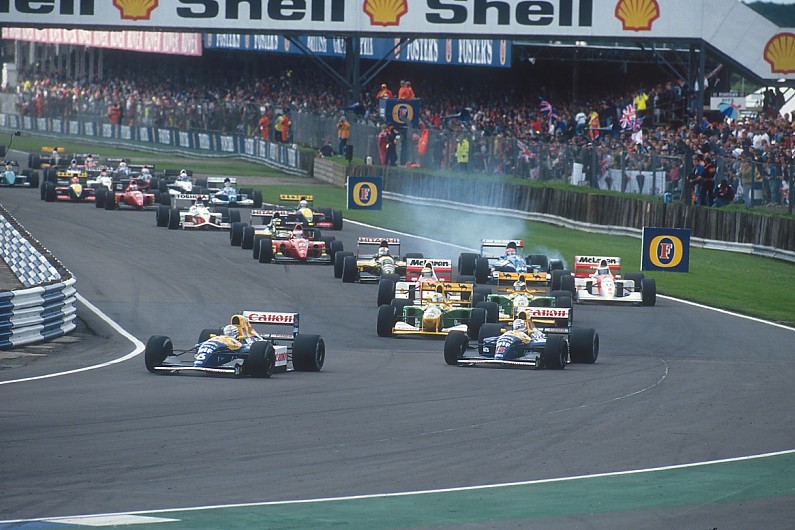 Another track with doubts over its future features prominently on the fans’ list, because while Silverstone is currently in the middle of a long-term deal to host F1, the sustainability of that contract for circuit owner the BRDC means it could exercise its break clause in the hope of renegotiating for better terms.

Silverstone has 50 world championship GPs to its name already, and it has been an ever-present on the F1 calendar since 1987. The track layout has undergone several overhauls since 1950, with the most recent changes being made in 2010 when a new infield section was added, turning Abbey from a left-right chicane that led to Bridge corner, into a fast right-hander towards a new infield section. 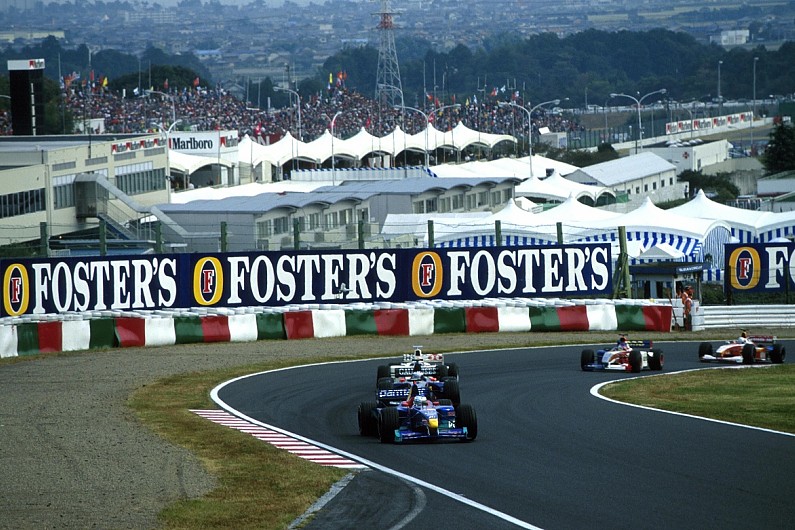 The home of the Japanese Grand Prix is another circuit regularly cited by drivers as one of the best in the world, and fans agree.

While the race moved back to Fuji for two years in 2007-08 (and that circuit ranked 40th on this list), Suzuka is the race’s true home in the modern era.

Like all tracks in F1 it has been made safer over the years, but in comparison to most other circuits on the calendar, Suzuka has retained a sense of danger – with many walls still close to the edge of the track – so it is often an incident-packed weekend where mistakes are punished heavily. 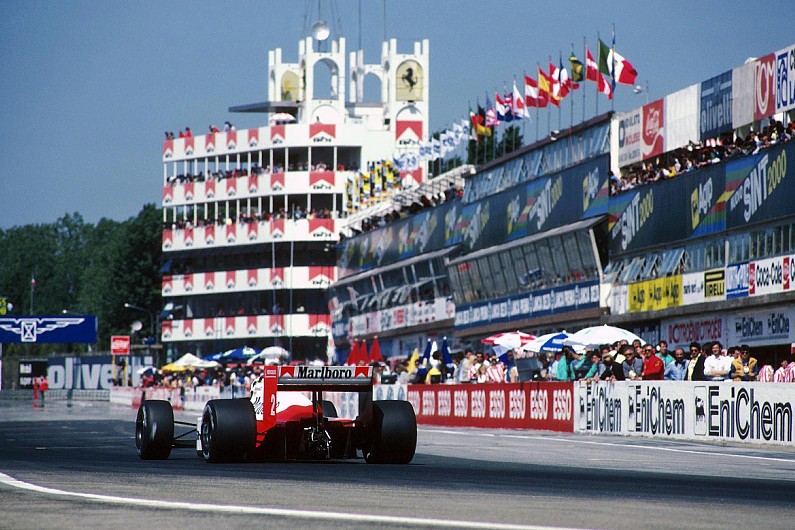 The first circuit to appear that is not on the current calendar is the venue that hosted the San Marino Grand Prix from 1981-2006, following its debut as Monza’s replacement for the Italian GP in ’80.

The track is most famous for its ‘black weekend’ in 1994 when Roland Ratzenberger and Ayrton Senna were killed, and following that race several changes were made to the layout to make it safer.

Since it last held F1, the final part of the lap has been redesigned again, with its main configuration featuring a flat-out blast all the way from the Rivazza corners to the Tamburello chicane. 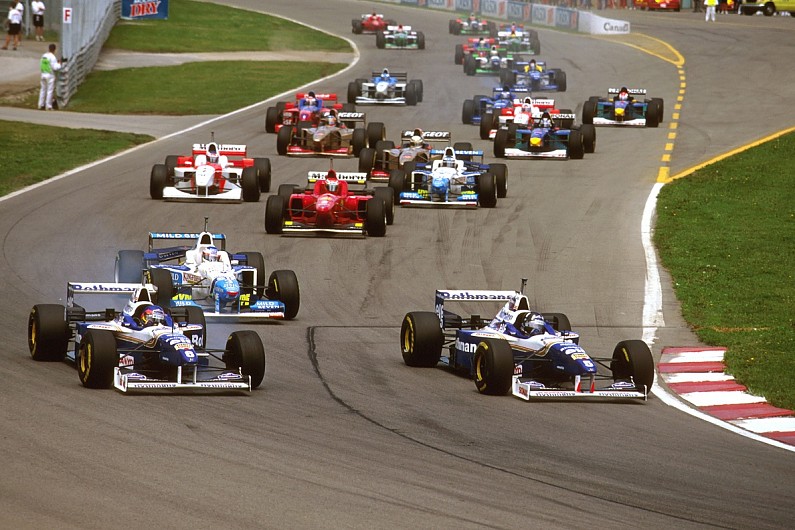 This weekend’s Canadian Grand Prix venue completes a top six that were comfortably clear of the rest of the circuits in our vote.

Since joining the F1 calendar in 1978, the now-named Circuit Gilles Villeneuve has only twice been left off the schedule – in 1987 and 2009 – and it has retained its old-school feel with barriers closely lining the majority of the track.

The most famous of all those barriers is the ‘Wall of Champions’ at the final chicane, which earned the tag when Michael Schumacher, Jacques Villeneuve and Damon Hill all crashed there in the 1999 race. 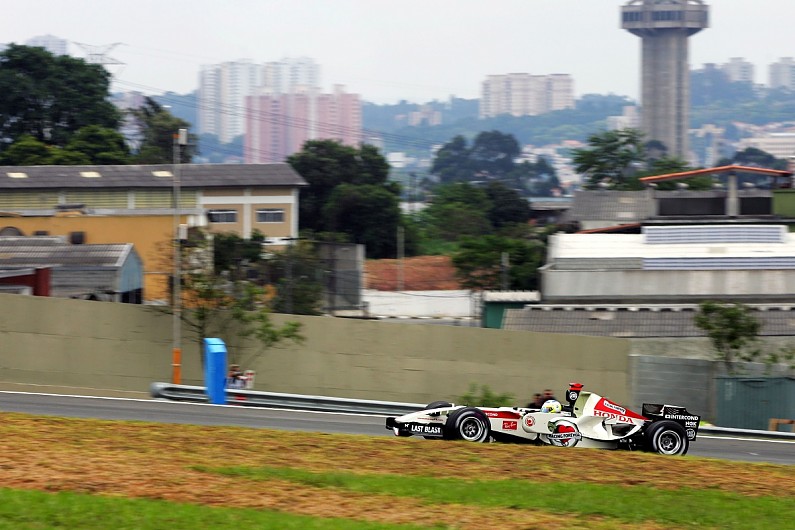 This year will mark the 35th time Sao Paulo’s Interlagos circuit has hosted a world championship grand prix, and it has been an ever-present since returning in 1990 with a truncated layout compared to the one F1 raced on from 1973-80.

Since moving from the early part of the year to near the end of the season for 2004 the race has often been the setting for decisive moments in world championships, with the most dramatic being Lewis Hamilton’s last-corner snatching of the 2008 world championship from home hero Felipe Massa. 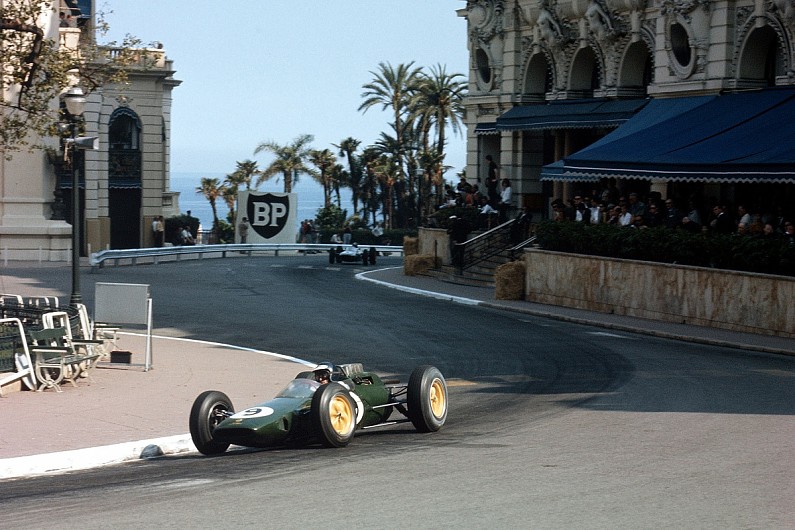 While the narrow streets of Monte Carlo rarely produce exciting racing, as proven by the 2017 edition, the event’s history and glamour clearly make it a special event in the eyes of the fans.

The track has retained fundamentally the same layout throughout its history, although minor changes are made on a regular basis, and the circuit has been opened up in several areas with barriers being moved back, helping reduce lap times. 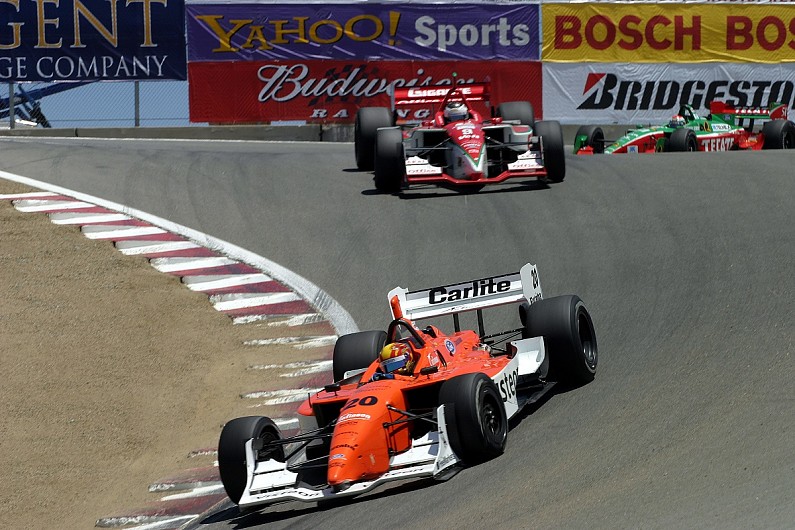 Now comes a run of circuits chosen that are not on the current F1 calendar, and the iconic Laguna Seca – famous for its Corkscrew chicane – is first up.

The track has never hosted F1, although it was previously a mainstay of Indycar racing and also held A1GP and MotoGP races in recent years.

F1 has always been keen to make a splash in America, and this list would suggest that as far as fans are concerned, the USA has the tracks to capture the imagination. Laguna Seca is the first of four American circuits to make the top 20. 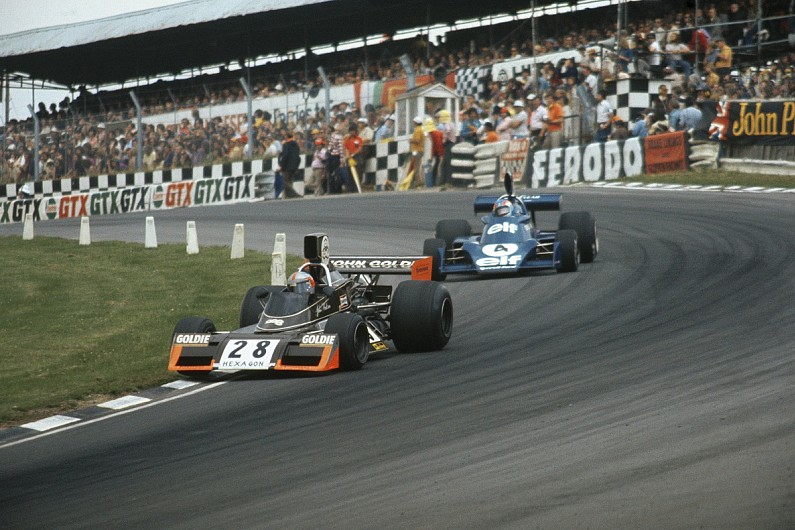 The Kent circuit hasn’t hosted F1 since Nigel Mansell’s famous victory in 1986, but it remains popular with fans.

The layout has changed slightly since the 1980s, but fundamentally the circuit retains the shape and character that made it so challenging back then.

Another British circuit, Donington, came in at number 25 on this list. 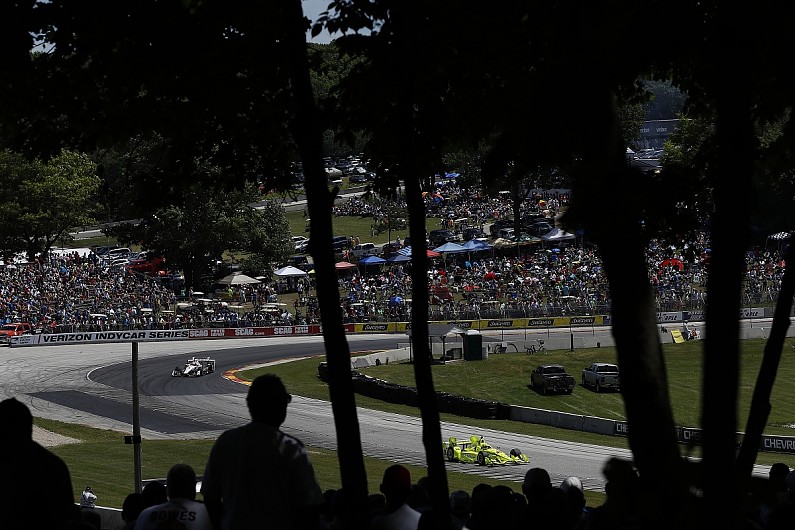 Another iconic circuit without any F1 history features well in terms of popularity with fans.

The Elkhart Lake track is best known for Indycar racing, which returned to the four-mile venue in 2016 after a lay-off of nearly a decade following the Champ Car/IRL unification. 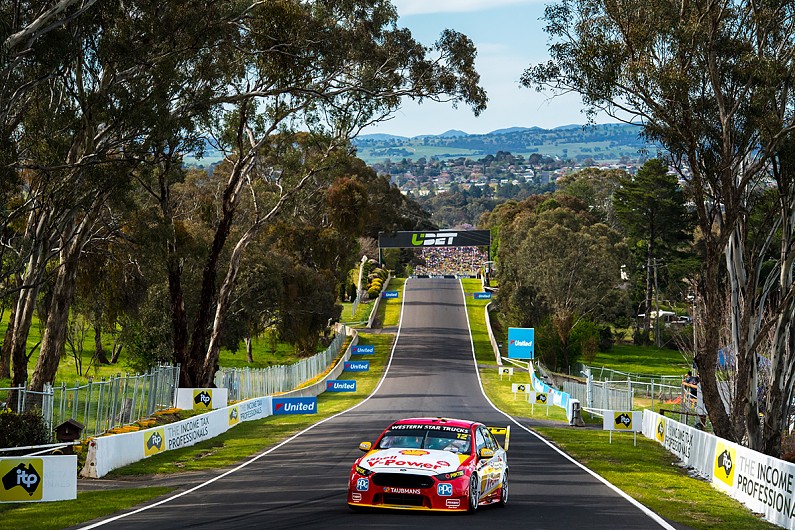 Several Australian circuits proved popular in our fans’ vote, but the one that came out on top is better known for its classic 1000km tin-top showpiece rather than mainstream single-seater racing.

Mount Panorama is joined on our list by another Australian circuit that just makes the cut towards the bottom, while MotoGP’s home, Phillip Island, came in 31st, and current Australian GP venue Albert Park was 37th. 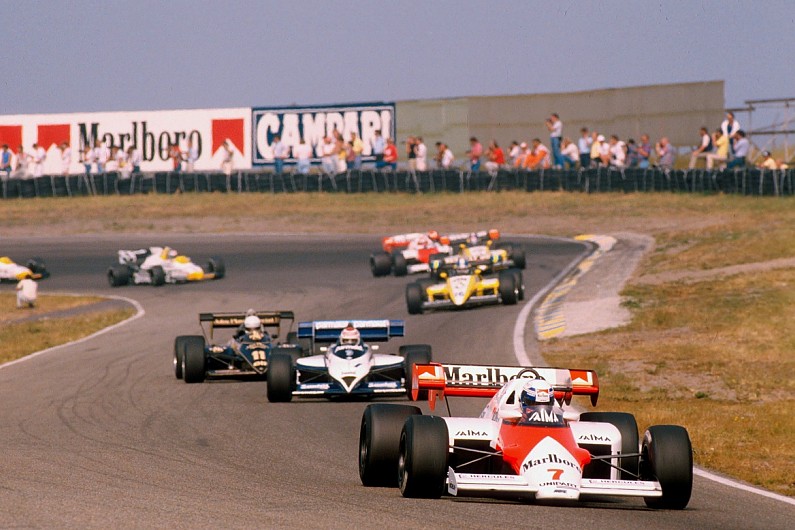 Max Verstappen has already turned the Belgian GP weekend into a sea of orange, and the popularity of events he has attended with a show car at the former home of the Dutch Grand Prix show that the appetite for F1 is as strong as ever at Zandvoort.

The circuit has held 30 world championship GPs, but it has not hosted F1 since 1985, when a different layout was used to the current circuit design. 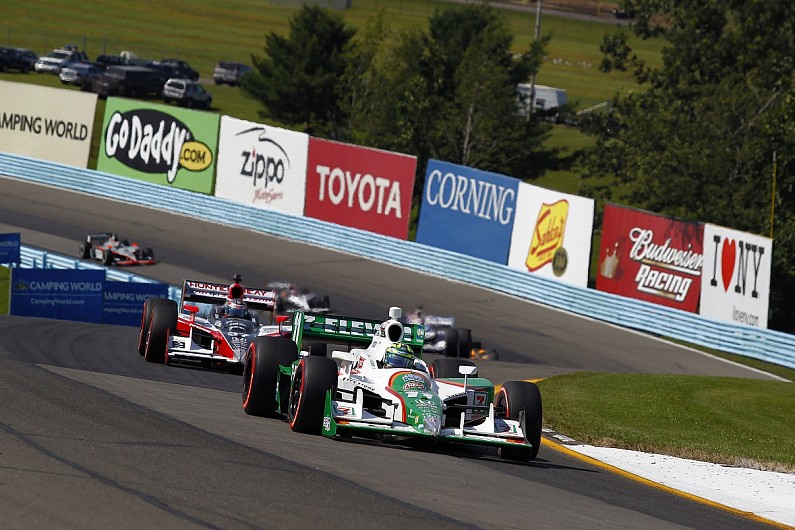 Watkins Glen was an F1 mainstay from 1961-1980, but in recent years it has become better known as an IndyCar venue and one of the rare road course races on the NASCAR schedule.

It still features two main circuit layouts, both of which were used by F1: IndyCar uses the longer variation, while NASCAR sticks to the original shorter version. 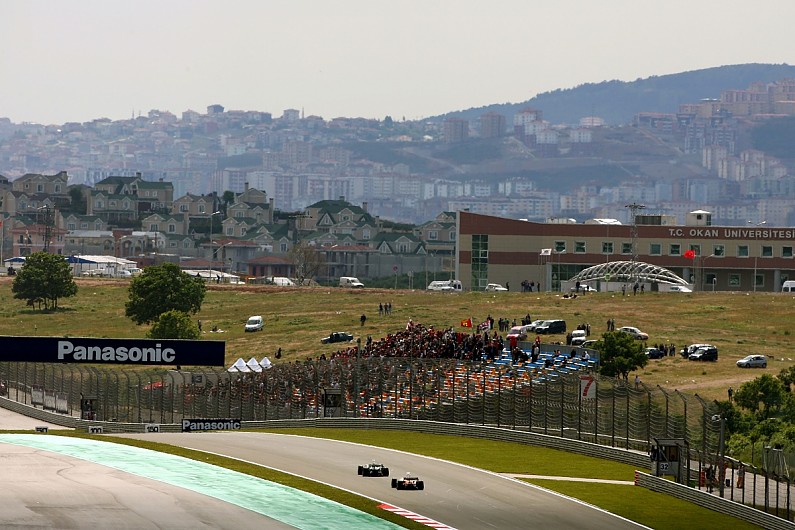 The Turkish Grand Prix is another event that could return to the F1 calendar in the near future, with a deal reportedly being “agreed in principle” although not signed earlier this year.

The undulating circuit hosted seven F1 races from 2005-11, with its high-speed, quadruple-apex Turn 8 instantly gaining worldwide fame when the track first appeared on the calendar. 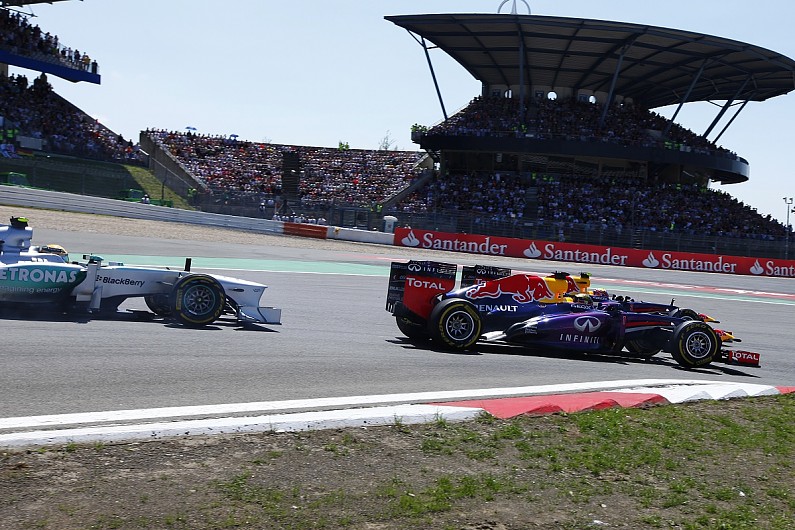 The circuit’s precarious financial situation in recent years meant it was unable to maintain its position alternating with Hockenheim as the host of the German Grand Prix, while during Michael Schumacher’s heyday both tracks featured regularly on the calendar.

The fearsome Nordschleife layout, which held F1 races until Niki Lauda’s near-fatal crash in 1976, also made it onto the list, appearing at number 38. 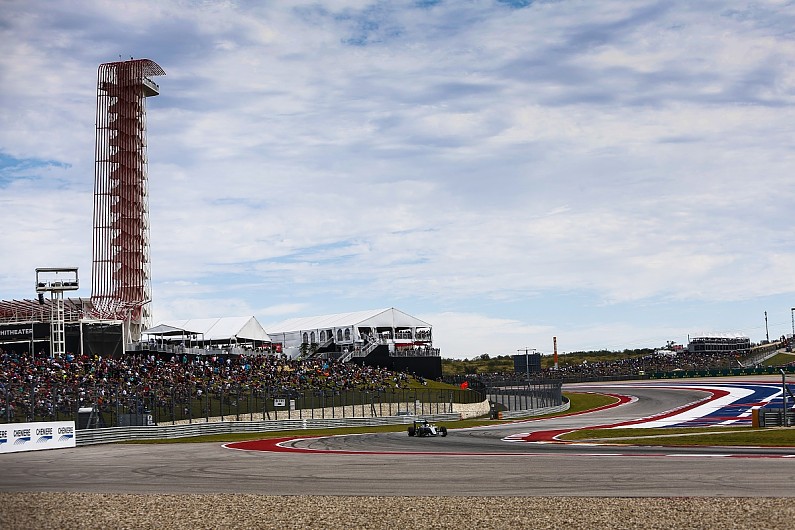 The fourth and final US circuit to make the top 20 is the current host of the US Grand Prix, while Long Beach narrowly missed the cut in 22nd place.

Austin’s Circuit of the Americas has been on the F1 calendar since 2012, always featuring late in the season.

Circuit bosses are keen for the Texas event not to sit so close in the schedule to nearby Mexico City, which returned in 2015 and only ranked 47th in our vote. 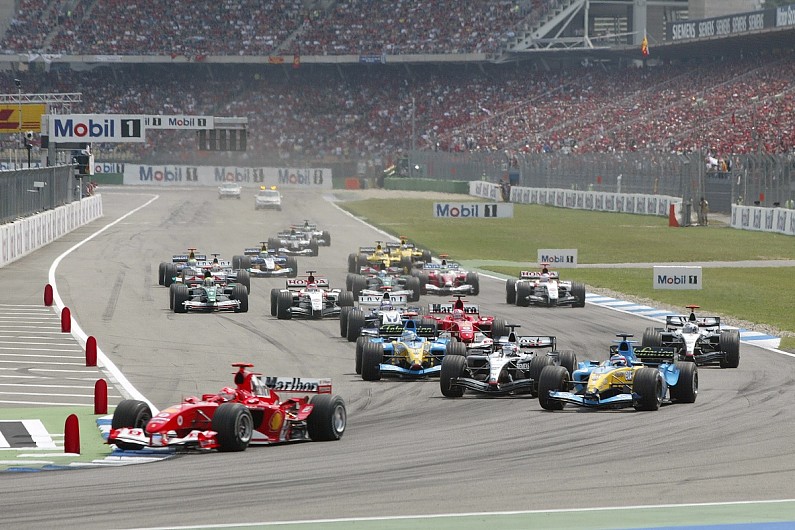 The German GP returns to the F1 calendar in 2018 at Hockenheim, which joins the Nurburgring in making the top 20 in this fan vote.

There were some calls from fans to choose the old layout of the circuit from its pre-2002 days, but as – unlike the Nordschleife – that track no longer exists, only votes for the modern layout could be counted. 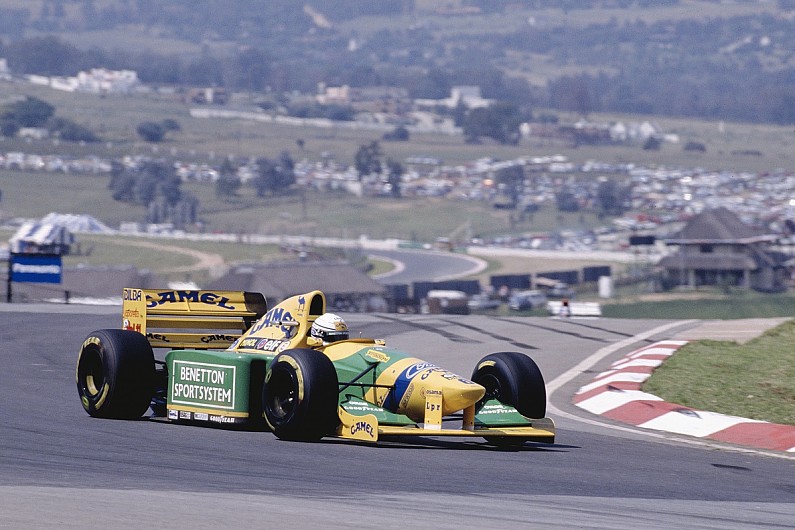 The former home of the South African Grand Prix has recently undergone revisions that circuit bosses believe take it “close” to being Formula 1 standard, with the circuit layout and track facilities being remodelled last year.

The latest layout remains similar to the modern version of the track that hosted F1 in 1992-93, after the original high-speed layout that hosted 18 races between 1967-1985 was changed in ’88. 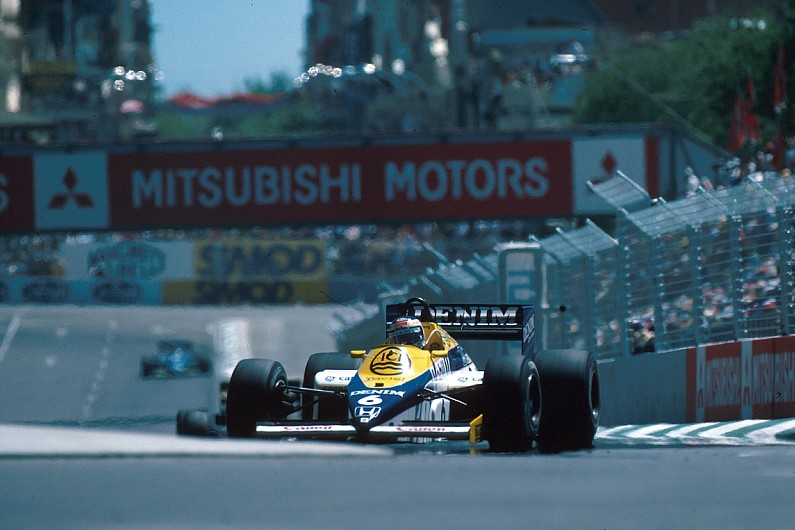 It seems fitting that a race that made its name hosting the season finale from 1985-1995 should take the final slot on our list decided by fans.

The streets of Adelaide, which have continued to host Supercars events on a shortened version of the track that was used by F1, played host to famous title deciders such as Alain Prost’s 1986 triumph against the odds, and Michael Schumacher’s first title victory after a controversial collision with Damon Hill in 1994.

The former Australian GP venue just edged out the full Le Mans 24 Hours circuit to the final spot, while the French circuit’s Bugatti layout that hosts MotoGP also picked up a couple of votes.